Life on the Lake at Windermere Jetty

A wet day in the Lakes generally invites indoor exploration for a Blue Badge Tourist Guide – so it was a perfect time to consider life on the Lake at Windermere Jetty!  My destination was the newly re-vamped former Steamboat Museum.   It holds a large array of craft that once plied the waters on Windermere − rowing boats, steam yachts, speed boats, cruisers, kayaks.  Every vessel had a story to tell – who made it, who owned it, what purpose did it have, and what happened to it.

For instance, Esperance was the steam yacht that Henry Schneider used to commute from his home at Belsfield (Laura Ashley Hotel).  Every morning Schneider would have breakfast on board his yacht while it steamed down the lake to Lakeside.  Here he switched to the steam train to Barrow-in-Furness for his day’s work, before returning the same way.  Henry Schneider, along with James Ramsden, was a driving force behind the establishment of Barrow as an industrial powerhouse.

Beatrix Potter’s rowing boat is there – incongruously hung vertically on the wall.  Beatrix would spend much time rowing at Moss Eccles Tarn, north of Near Sawrey.  The boat was sunk in 1950 and pulled out of the tarn in 1976 to undergo restoration.

There were exhibits on the boats that attempted various water speed records on Windermere, and information on the Sunderland Flying Boat which was constructed on the shores of Windermere during the Second World War.

If you have an interest in boats, yachts or any other form of water transport, it’s well worth a visit.  For more information about life on the Lake, see https://windermerejetty.org. 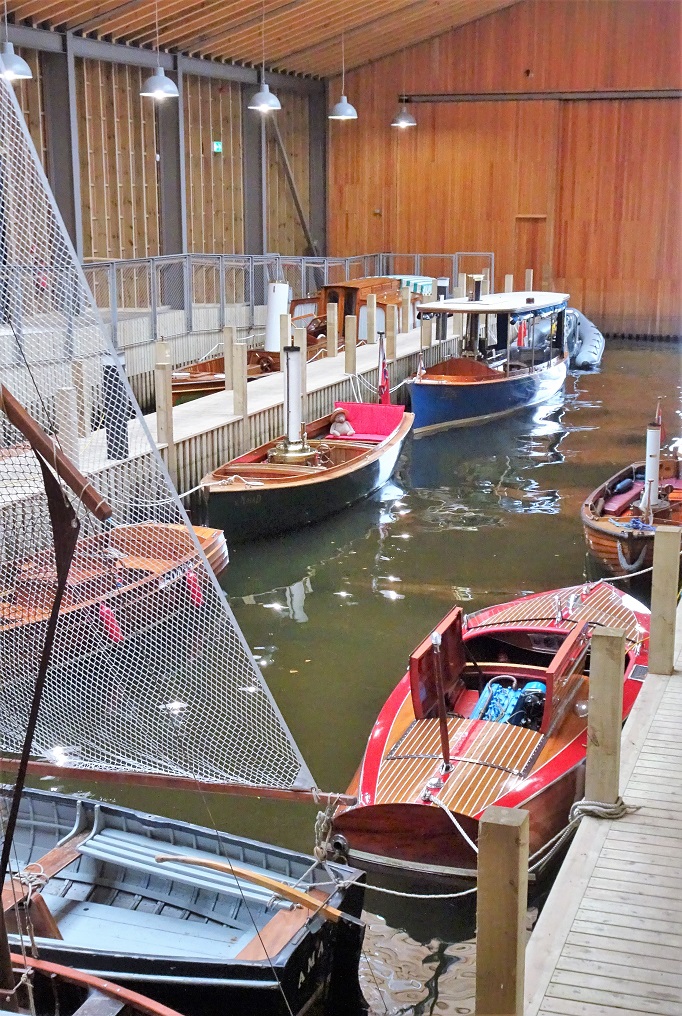